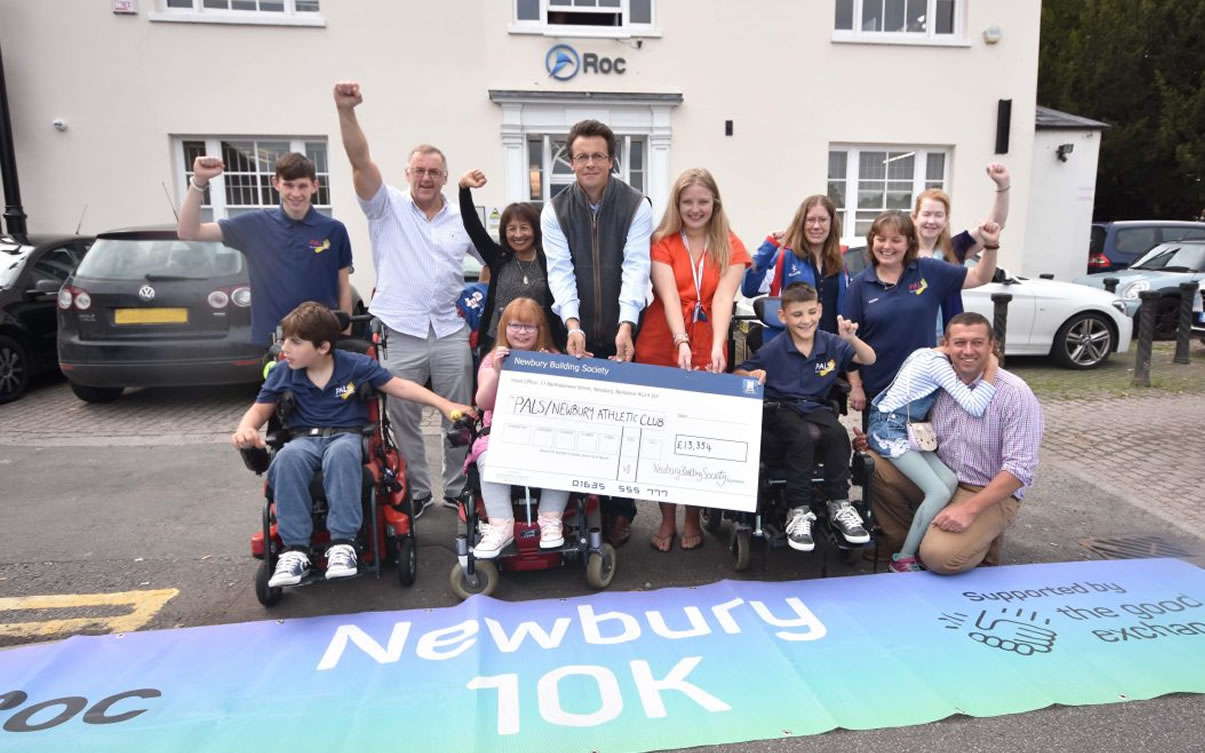 Roc 10K is a solid success

Roc Technologies and The Good Exchange presented cheques to Newbury Athletic Club and local charity PALS following their inaugural sponsorship of the Newbury Roc 10k in May this year.

After 10 years under a single sponsor, Newbury-based IT Transformation Services Provider Roc Technologies, in association with not-for-profit, online charity matching platform, The Good Exchange, stepped in to become race sponsors for this year’s event. Working closely with long-standing race organisers Newbury Athletic Club, this year’s race saw record participation in the children’s categories and after the worst winter in many years showed the tenacity of runners who turned out after what must have been a tough training season.

Race proceeds are split between Newbury Athletic Club, the long-standing race organisers, and a local charity, which this year was PALS, a West Berkshire group that supports children and young people from five to twenty-five, who have physical disabilities.

After an enthusiastically supported race, with strong participation both in the 5-11, under 16’s and adult races, £13,354.96 was raised, which will be split between the charities.
The race started and finished in the historic town centre market place and saw over 900 entrants take part in the event. There were also supporting junior races, 900m for 5-11 year olds and 1.5km for under 16s.

CEO of Roc Technologies Matt Franklin said, “It was an honour to support such a key event in Newbury and help raise money for such important local causes. Roc is based in the heart of the town centre, our colleagues are part of the local community, and therefore it seemed fitting to be involved. My highlight of the day was seeing the participation of the children from PALS in the 5-11 race, and the joy on their faces as they took part in the event shows why this race is so important. It opens up participation but also raises funds for some fantastic groups such as PALS. The event was a huge success and we look forward to supporting again next year and bringing some new ideas that will increase participation and also raise money for good causes!”

Ed Gairdner, Chief Operating Officer of The Good Exchange said “The Good Exchange’s on-line matching platform has been designed to help local charities and good causes to use digital technologies to raise money faster and more effectively. Our support of the Roc Newbury 10K has demonstrated the power of using the platform to support fundraising through local events, where associated charitable organisations work together to promote and run a community-based activity and then benefit from the proceeds.”

Newbury Athletic Club Chair, Bob Broadbridge, said ‘The 10K is always a popular event in Newbury, and it’s great to see so many of the local community getting involved year after year. It’s been great working with Roc and The Good Exchange and we’re now looking forward to organising next years’ event’.